From Huff Jones in Oregon 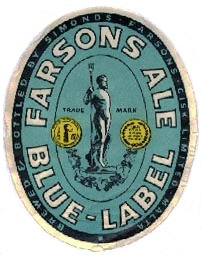 My thanks to Huff for his fine contribution to my page. Huff, although born in Texas, saw the light early in life and has lived in Oregon in the great northwest since he was 5 years old. Well, OK, perhaps it was his parents who saw the light.. Huff was in Malta a while back and thoroughly enjoyed his stay, and the local brew. In his own words:

I was in Malta a long time ago. A lot of suds have been quaffed in the meantime. I can tell you that Farsons Ale is a connoisseur's beer. It has a rich color and a unique flavor which is surprisingly smooth and mild. The brewery is in Mriehel, Malta, near Valletta, and was founded and originally operated by a London-based brewer named Simonds. The Blue Label Ale has been made since the late 1920's, and has won many awards.

Huff may be contacted for tales at Huffjones@aol.com Many thanks to you Huff.
kjs